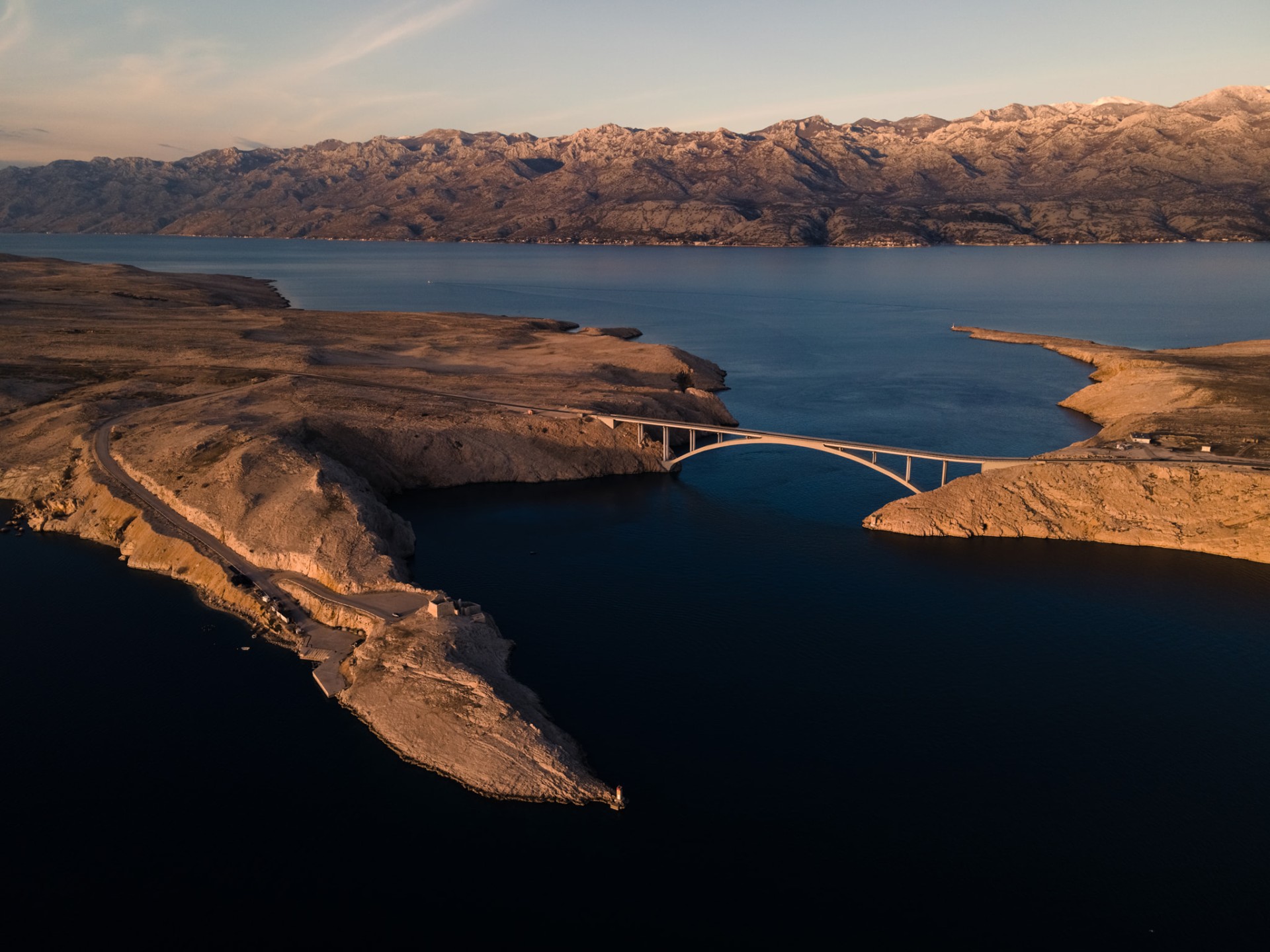 You don't have to be a big car fan to enjoy watching car advertising. Some of us enjoy watching these commercials because of the beautiful surroundings, don't we?

No wonder! The car manufacturers have not chosen their locations for their advertising and production without reason. And so we have arrived to our topic.

Fun fact! Did You know that Croatia is one of the Most Popular Locations to film Car Advertising?

BMW, Mercedes Benz, Audi, Porsche and many more world-renowned car companies couldn't resist Croatian roads and indeed chose amazing locations in Croatia for their production to film their commercials for presenting their car models. So car fans, but also those who like to look at extraordinary surroundings, beware! The best and most amazing car commercials filmed in Croatia on breathtaking locations are waiting for you now.

Why is Croatia a Popular Location for Filming Car Commercials?

Before we rush to the well-known commercials, let's briefly clarify why Croatia is such a popular location for shooting and the production of car commercials.

As already mentioned, Croatia is known for many things. Croatia is also known for many inventions, such as the tie or the parachute, among others. And no later than after the 2018 World Cup, everyone around the world got to know Croatia.

Nevertheless, the 2018 Soccer Vice World Champion is best known for its breathtaking nature and surroundings. Whether in the north with the lush greenery and forests or in Kvarner, Istria and in the south in Dalmatia with the Mediterranean nature and the Adriatic Sea - Croatia simply inspires!

In fact, Croatia's landscapes leave you breathless. Hills and mountains with dense forests in Zagorje offer great routes for hiking. But if you want to hike more challenging routes, which also include climbing, Croatia also offers everything you need here in the Lika region. 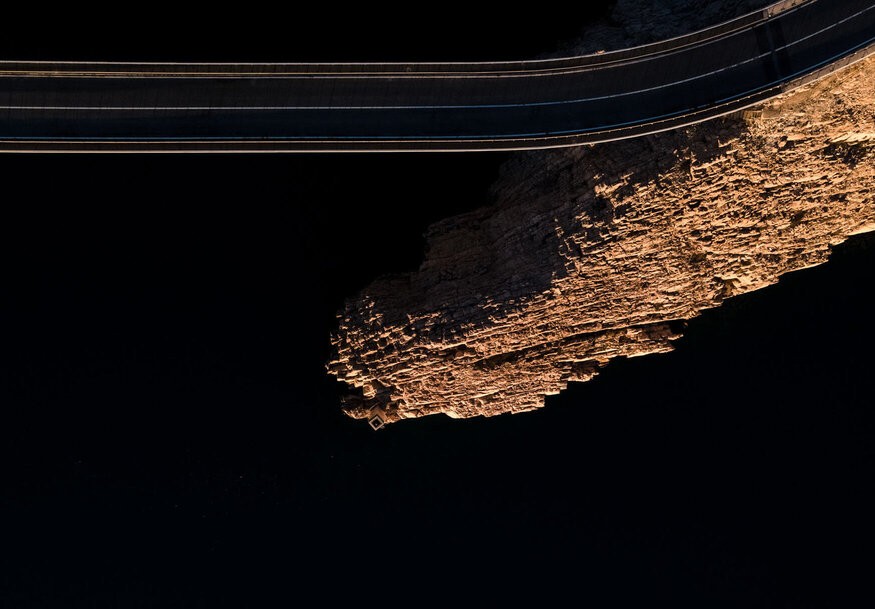 Slavonia enchants with its straight fields, without any elevations. Istria and Kvarner simply delights you with their coastline rich in lush greenery. Rocky and Mediterranean Dalmatia meets all expectations of stunning surroundings.

After this brief description of the Croatian landscape, it becomes clear why the renowned car manufacturers have chosen Croatia as a backdrop for their production of commercials.

In addition, Croatia is equipped with a good, modern freeway throughout. But the country roads and of course the Magistrale are also ideal for such car advertising.

The car company Audi could not resist the streets of Kvarner for its production of the commercial for the Q3 Sportback car. Part of the commercial was shot on the route from Mošćenička Draga towards Istria. During the commercial, navigation with a map of Croatia is displayed in the car. The hit in this commercial, especially for Croatians, is that the driver listens to Radio Banovina.

We think this car commercial is an absolute success. But take a look for yourself!

The production of the commercial for Volvo Trucks is the absolute highlight among car commercials. The name of the advertisement, "The Flying Passenger", already suggests this. In the advertising, the Volvo FH pulls a paraglider over a mountain pass in Croatia in a precise stunt. The shooting was filmed on local roads from Drniš-Vrlika, Gornja Podgora and Makarska-Vrgorac, as well as under the overpass at Dugopolje – Bisko.

Just look at this highlight among the commercials!

In our opinion, Citroën 19_19 and the landscape of the island of Pag are a perfect match. But see for yourself!

Peugeot 5008 ahead of its Time with its New Commercial

In this commercial, too, the island of Pag is combined with something futuristic. The producers of the new commercial for Peugeot 5008 were probably so inspired by the extraordinary surroundings of Pag that they let their imagination run wild. In this commercial, a whale jumps over the bridge that connects Pag to the mainland.

Don't you believe it? Then check it out!

Why just shoot a short car commercial and not a film when Croatia's landscapes have so much to offer? This is what the producers of the short film "Le Fantôme" thought for the Ford Edge model. Not only did they have this great idea, they really put their heart into it. The commercial, directed by Jake Scott and shot mainly on the Makarska highway and in Kaštel Gomilice, starred the renowned actor Mads Mikkelsen.

Just take a look at this little film miracle!

Convince yourself and watch the commercial!

After all the commercials seen, it's no wonder that the German car manufacturer BMW couldn't resist the roads of Croatia either. BMW, on the other hand, did not choose the Adriatic highway for the promotion of its M3 and M4 models, but an urban location, namely the city of Rijeka. Most of the shooting took place in the port of Rijeka and in the old warehouses.

Also, this scenery is amazing! See for yourself.

The Commercial of Croatia! Porsche and Rimac made a Video about Croatia

The icing on the cake comes at the end. Recently, the world-renowned carmaker Porsche invested in Croatia's star of the auto industry, Rimac car company. His Nevera model is a total success. Of course, the commercial for Nevera was filmed on Pag.

You can watch it here:

However, Porsche and Rimac immediately decided to film a video about Croatia, which can also be seen as promoting Croatia. The beauties of Zagreb, Rovinj, Pag Island, Krka National Park, Pelješac Peninsula and Dubrovnik can be seen in this video.

We have now come to the end of our blog. After these commercials, it is more than clear why so many world-renowned names in the automobile industry choose Croatia for the setting of their commercials. So, prepare yourself, because there will certainly be many more commercials filmed in Croatia in the future in 2022!

If you happen to be navigating the roads of Croatia yourself and are looking for great accommodation, we can help! In our wide range of villas with private pools, some of the villas are located just close to those enchanting commercial backdrops. So, feel free and browse our offer of villas in Dalmatia, villas in Istria and villas in Kvarner.

For all your questions, we are here for you!